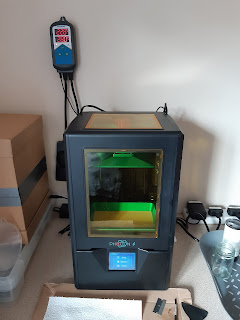 I had previously suffered some disillusion over a very low success rate with the 3D printer but I've had quite a run of success over the...