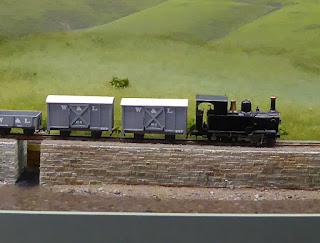 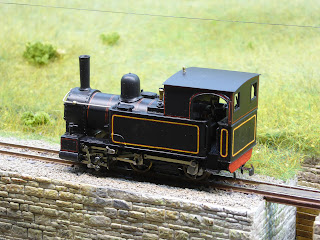 It's just waiting for plates which are on order and a little bit of tidying up. Most importantly it has Greenwich couplings and they are at the right height.
at April 07, 2019 1 comment:

Well that never ran on the Welshpool & Llanfair!

In the stash of half finished items I discovered a Backwoods Miniature Diesel. It seemed a quick win to paint it and have it available to run on the layout. There was some work to be done as the base had warped from being too tight on the chassis. This necessitated filing off part of the Kato chassis, then ripping off the side frames and then applying some gentle heat to the body whilst some weights were forcing the body back into shape. Repainted it is an interesting item that can trundle round the layout as something different. 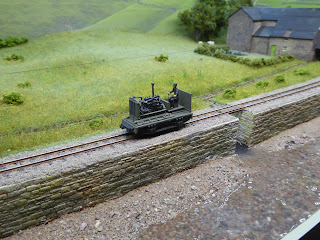