Eventually it had to be done - a first foray into static grass. However, there were a couple of steps to finish off first.

The first job was to finish the landscape round the mill. In the last post I was laying polyfilla mixed with brown acrylic paint and water to bed in the mill and raise the land. All went well but I needed to raise it a little more. No problem except that I used a new box of own brand filler from a value store and instead of drying solid it dried to powder so all needed to be scraped out and replaced with a more reputable filler.

The second job was to finish the river. I'd done it in two parts, left and right and just needed to put one last coat of Deluxe water. As in a previous post, this stuff dried way thinner than expected so one last coast was all it needed.Well blow me down, this coat went and dried all thick with a curved edge to it. There are definitely times when railway modelling can drive you to drink. There's no going back short of ripping up the whole river. It isn't bad but I know that before this last coat it looked better.

Anyway, time to try the static grass device. I'd bought a sieve version as recommended by the war gaming fraternity and after a bit of play I chucked down a layer of 2mm green over the whole area which made a huge difference.

After a trip to ExpoNG it was time to take the bull by the horns, throw caution to the winds and make more progress. I'd found Kathy Millatt's videos several months ago and saw her recommendation for War World Scenics Layering spray so I had a can along with many different sizes and colours of their range. I have to say I really like them and they were easy to use. Here's some photo's of what has been achieved so far. I hope you like them. 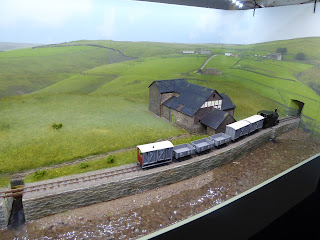 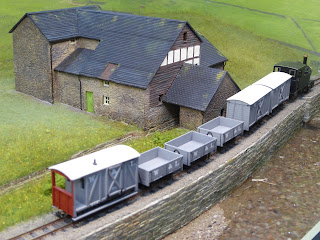 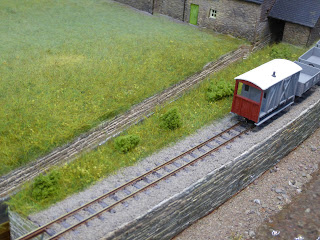 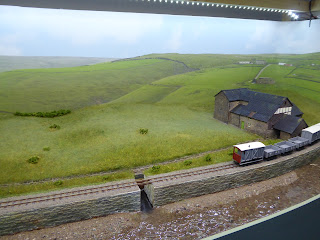