There are a couple of ideas running at the moment for the next layout. I'm pretty sure what will get done next so more on that when I finally make a decision. For now, it is back to the plan to produce a layout based on the Bowaters Paper Mill system.

In real life, they had hundreds of what were known as pulp wagons. These were large flat wagons with vertical ends. Two forms existed, the earlier wooden version and the later steel variant. If you want to see examples then some are preserved on the Sittingbourne and Kemsley Light Railway. There is a good Flickr group here to see their photos.

There are two kits on the market for the steel wagon ut availability is mixed and I do want quite a few. It made sense to try my hand at printing them. I've struggled with flat surfaces not being flat with the printer and it took me many attempts to make this work but eventually, I found an orientation that worked. The base and the ends are printed separately. In the picture below you can see the parts glued together and sprayed in primer. The stays between the vertical panels are 0.3mm dia brass wire.

This is definitely good enough for now so bogies need to be designed and then the whole design will probably need tweaking to make it robust and repeatable. 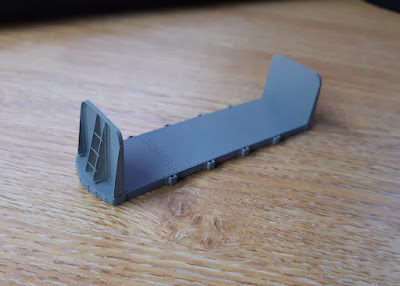 I've been acquiring WD wagons for my Ashover based layout. I picked up a job lot of them from a good friend but also picked up some fro... 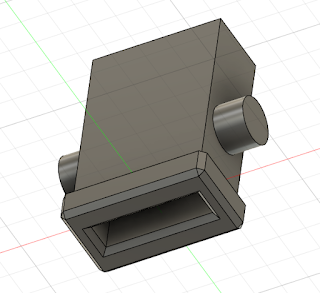